Algosave unique modelling technology, – surprisingly – revealed that Husky Energy – the lowest credit rating – offered the lowest LGDs. On the other hand, BP plc. was also – and surprisingly – “disappointing”, with the highest and the most scenario-sensitive senior unsecured LGD. 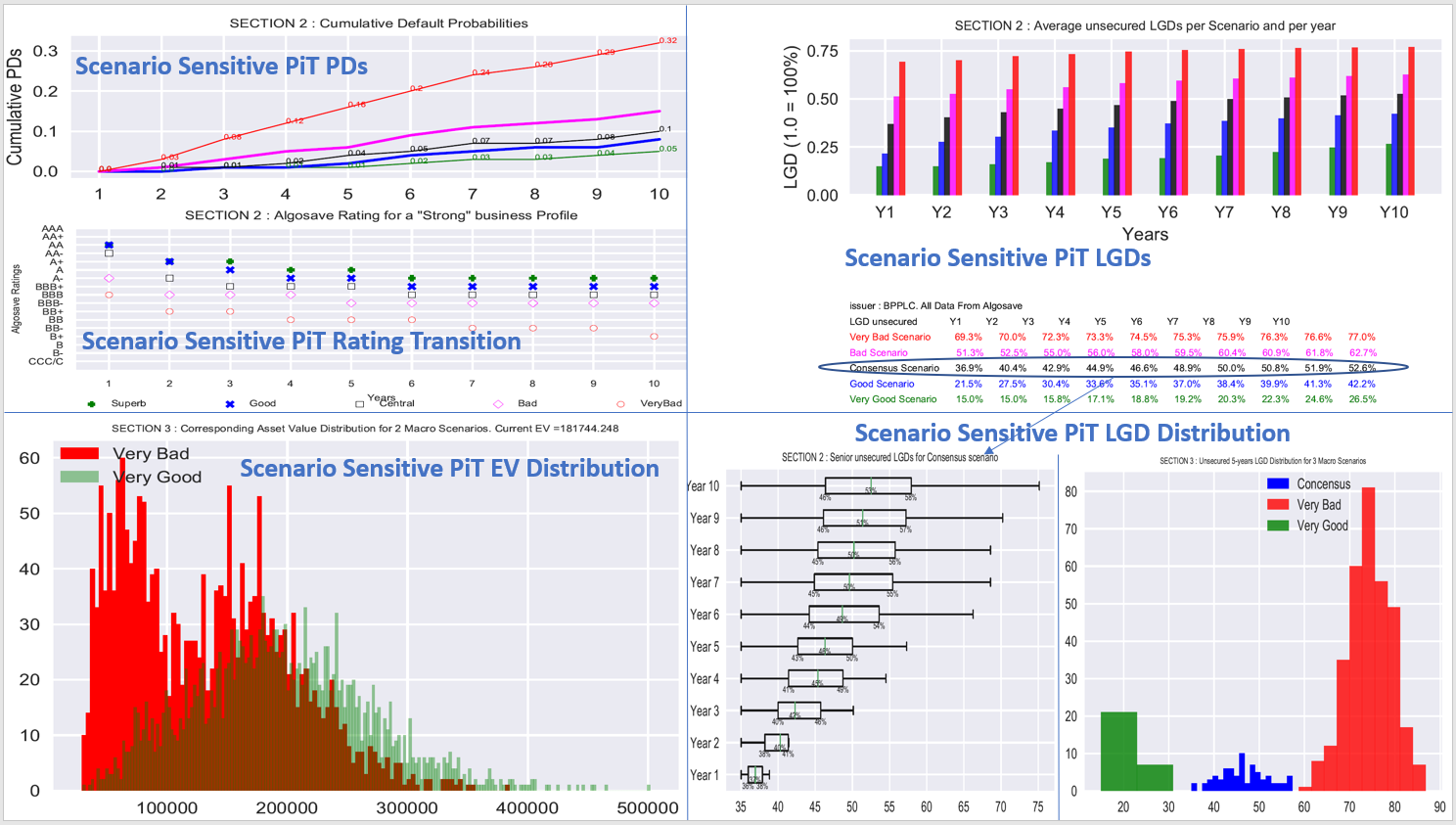 By the way, the same Algosave dashboard is available on demand for each of those corporates. Do not hesitate to ask.

Let’s define a “Domino Effect” as being the sensitivity of a given borrower PD to the default of another borrower.

The same data granularity and “real-life” rich universe of possibilities which help ALGOSAVE deliver unique insights into Loss Given Default, are also instrumental in Algosave FinTech delivering powerful insights into issues of credit dependencies for portfolio and risk managers alike.

First, and to make things crispier, let’s enlarge the portfolio to also include Statoil, Repsol and Suncor Energy and ask how severe is the domino effect – a.k.a Conditional Default Probability – in this sample portfolio of 10 oil majors ?

Let’s read thru those Algosave insights into portfolio domino effect with a few examples :

For instance, let’s start simple. If Total was to default, how would Statoil 5-year cumulative PD be affected ?

If so, which of the other 9 corporates is the “friendliest” and which is the most “toxic” for Total ? and does it have to do with credit rating ?

Which of those 10 oil majors are the 2 least and the 2 most exposed to domino effect (significant jump in their respective PD upon default of others) over the next 5 Years ?

Finally, and assuming I want to increase my exposure to this sample portfolio with a 5-year unsecured Revolver Credit Facility – which is the best and which is the worst candidate from a portfolio management perspective ?

Now, your turn to put Algosave FinTech to the test with your own challenging questions.